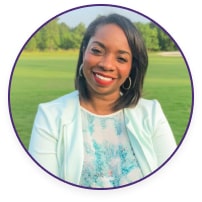 Essaypop takes away the anxiety and tension of tackling academic writing.

Essaypop is a godsend. Our district became interested pre-Covid but what better time to institute it during mandatory virtual instruction? Because it was made by teachers for teachers, it’s very instinctive, with tips and tricks that our classroom teachers naturally understand and enjoy. And it saves them time.

From the color-coded writing frames, the prewriting feature, and the ability to establish interactive groups to involving other stakeholders in feedback, and easy access to ready-made prompts, the advantages are endless and right at your fingertips. For students, it takes away the anxiety and tension of tackling academic writing. It’s a natural and kid-friendly system that guides them along when they may have moments of pause or come to a fork in the road.

Also, the customer service has been amazing. The essaypop folks respond promptly and are very accommodating. They are genuinely interested in your feedback and keep the whole team ahead of the learning curve. It has truly been a great experience, and we’re looking forward to the growth this platform will bring to our entire district. 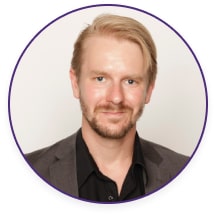 The great thing about essaypop is that it helps students visually establish the structure of an essay in a way that is not possible with traditional means of teaching essay writing.

As an instructor, essaypop helps me see where students are misunderstanding the particular function of a sentence type (thesis statements, for example) and helps me identify quickly what they are having trouble with.

I also like that it has the flexibility that I can have my more advanced students experiment and play with more complicated structures while my students who are struggling can use more simple/classical styles while both using the same prompt.

Several of my students got really creative with how they used the program, experimenting with different ideas, different ways of setting up arguments, and seeing which rules could be bent, which could be broken, and which shouldn’t be touched at all, and the resulting final essays really demonstrated their creativity.

The fact that essaypop allows students to literally drag sentences around to see what effect it has is a great feature. It is helpful to me to see what my students are writing in real-time, that way I can identify problems early in the writing process; similarly, I love the hive because, if one student has done something particularly well, I can tell the rest of my students to look at what they’ve done and to use it as a model.

There were several things I noticed that students liked. The first is that, if they were struggling, they could go into the hive and see what their peers were doing and model their writing after that.

They also liked that they could ask for- and receive- near instant feedback from me on work they had just written. My more ambitious students really took the program and flew with it. One of the great things with essaypop, one of the things that makes my life significantly easier as an instructor, is the way it helps struggling students structure their papers.

I had several students for whom English is not their first language and who greatly struggle with wording; however, regardless of wording issues, they were able to come up with structurally strong, logically cohesive arguments and expositions in a way that I think would have been significantly more difficult to do without essaypop.

In the time I’ve used essaypop, I’ve noticed several things from the students who really took to it. First, regardless of skill with the English language, structure, logic, and the sophistication with which ideas were presented all improved.

Nowhere was this more apparent than with students who struggle with English. Second, I saw students who were timid and shy about writing begin to get curious, or at least less hesitant to start putting words on paper.

Finally, for students who took advantage of the instant feedback, I saw dramatic improvement in their understanding of things like transitions, thesis statements, and analysis of evidence. 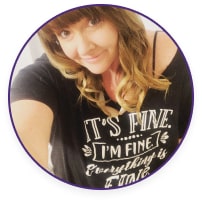 When the students open the Hive, you hear collective shouts of excitement as they see who they've been paired with.

Essaypop has been incredible for my students and those of my colleagues. It has made writing a more engaging and social activity for them. The scaffolded sentence starters and writing guides have greatly improved their writing skills and the visual organization of the program has helped them better understand structured, academic writing and the multiple methods of putting together a strong essay.

Essaypop has made my job MUCH EASIER! Writing is difficult, for everyone, and this system really helps simplify the process. It provides the students with a straightforward formula that helps them begin to understand how to craft a strong argument. The sentence starters allow them to begin playing with language and branching out of their comfort zones.

The platform is very intuitive and user friendly. It is easy to navigate and the students are able to easily find all the bells and whistles. The icons are clear and there are plenty of tutorials and help prompts that provide guidance when it is needed.

One of the best parts of essaypop is that you can combine classes. I team teach with three amazing educators, and we have been able to pair our classes together in the Hive. When the students open the Hive, you hear collective shouts of excitement as they see who they've been paired with within the Hive. Sometimes, when they want to clarify something, they may run down to Mrs. Cole's room down the hall to have a face-to-face chat with a member of their Hive! It is a great way for students to be able to collaborate with some new people outside of the 30 students they work with throughout the entire year! It is fun to watch them work together and grow as writers in this collaborative environment.

Finally, the customer service is first-rate, and they are ready and willing to help at a moment’s notice. They are very customer-centered, and their program gets better and better because they take teacher feedback seriously. They understand that every teacher has their own unique style of teaching and have created a platform that is adaptable and customizable. It is most definitely not one-size-fits-all. 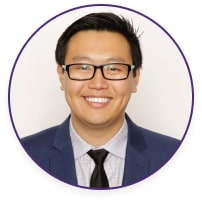 What impresses me the most about Essaypop though is how thoughtful they are about the user experience – for students, teachers, and even administrators.

I can’t say enough good things about Essaypop. All of our students at Elite who had the opportunity to use the platform loved it. More than one student said it was the best experience they’ve had in learning how to write better.

As an educator, I’m a firm believer in the power of collaboration and learning-by-helping. That’s exactly what students are able to do in the hive. Essaypop makes peer to peer interaction so easy to implement, both in and out of class. Students learn just as much from writing their own essays as they do from providing feedback for other students in their pod.

What impresses me the most about Essaypop though is how thoughtful they are about the user experience – for students, teachers, and even administrators. It definitely helps that the founder and CEO is a 27-year veteran English teacher.